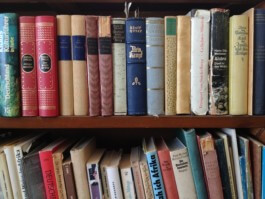 Indifference foregrounds involuntary memory and the way that unresolved traumas of colonial violence and denial break out in ordinary engagements. The multiscreen video work explores such moments in the lives of two women through fragments of their everyday experiences. The women reside in the small coastal town Swakopmund in Namibia. A Herero woman makes her living from tourists taking photos of her in traditional dress. On her way to work, she walks past Ovaherero, Nama and San/Bushmen mass graves. A German-Namibian woman in her nineties tries to maintain her illusions about the Second World War and the events leading up to it, recalling a romantic encounter in the cemetery near her home, adjacent to the unmarked graves.

The stories are accompanied by large-scale triptychs of the Namibian desert coastline and its hinterland. Among these deceitfully beautiful, derelict landscapes are places of historical violence. The sites are largely unmarked and their identity has been preserved primarily through personal memories and oral histories. Indifference shows the extent to which the guilt of those who have inherited the German colonial legacy has not been adequately addressed.